No US City Gets a Nod in This Eurocentric List

Polling is a difficult art.  You can generally get about any answer you set out to get by how you design the poll.  So, a new poll produced by Copenhagenize Design Co. adds useful information to the question of cycling friendly places throughout the world, but there is at least a chance that their criteria may have been at least somewhat responsible for 3 of the top 20 being in Holland.  Moreover, almost all of the 20 were in Europe, with the lone North American entry being Montreal.

The study took a look at 150 cities in all, and at least my research online did not come up with any rankings or scores beyond the top 20.  It may be that well known cycling Meccas in the US such as Portland and Davis may have come in 21 and 22.  Possibly the folks at Copenhagenize Design Co. will provide more data later.

Their criteria for selection included: 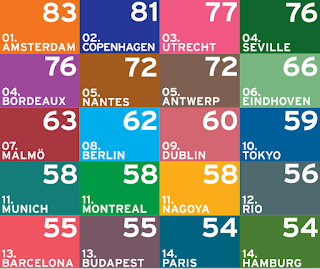 Business insider did a nice analysis of the list with some great picture of some of the cities.  And then did another piece on why Americans don't get it.  Why we don't have a single city that made the list.
The article quotes Mikael Colville-Andersen, CEO of Copenhagenize, the consulting and communications company that published the Index.

Even if more Americans wanted to cycle to work, the infrastructure
isn't there for them. In the U.S., planners and engineers are
"incredibly stuck in the last century paradigm of 'cars are the only
transport form that we plan for,'" Colville-Andersen said. "We've forgotten that the bicycle used to be a form of transportation."

Many U.S. cities are working to improve cycling infrastructure, but
don't always do so intelligently. Bike lanes are often placed to the
left of parked cars, putting cyclists between moving traffic and doors
that can open at any time.

Colville-Anderson also believes that we in the US see cycling as being all about sport or leisure.  And suggests that we are selling the idea of improving the infrastructure based on global warming and fitness rather than on the practical advantages of cycling in convenience and cost.  Cost for both the individual and the various governments, city, county, state, and federal, is many times higher for each car/mile than bicycle/mile.

Southern California is certainly the most ideal place in the world for cycling when it comes to year round weather.  Unfortunately, the region has been set up around cars and a willingness to drive 30 minutes to work and play.  Fixing that might take a generation.  Fortunately, there are forces at work that are pushing in the direction of bicycle friendliness. 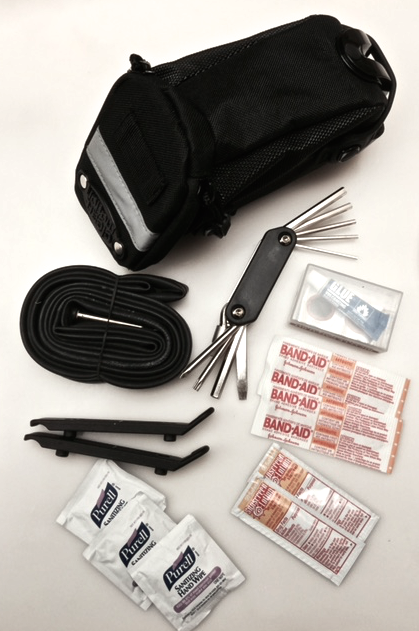